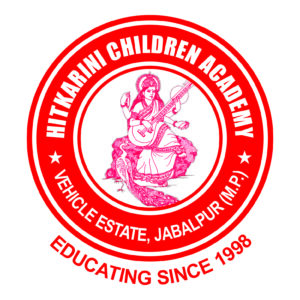 This School Hitkarini Children’s Academy V.F.J. was established in the estate of Vehicle Factory Jabalpur. The Vehicle Factory Jabalpur was one of the largest industrial establishment in this region by the Government of India to manufacture vehicles for the defence forces of the country. It was one of the largest employers of the area. Presently with large scale automation and development of the private sector the quantum of production and employment has reduced in the factory.

This School was started with the help of Late Smt. Ratna Kumari Devi, President Hitkarini Sabha and Member of Parliament,  and Secretary Shri Yogesh Chandra Uprit in the year 1992. In these 27 years the school has received many honors’ and prizes.

Hitkarini Children Academy, the primary section was started from the year 1998 running and pre-primary classes.

With the changing needs and expectations of the society, the school was converted to the English medium Hitkarini Children Academy which is running from classes from L.K.G to class 10th and growing to higher classes as well.

SCHOOL RE-OPENED AND REGULAR CLASSES ARE GOING ON .

PARENTS ARE REQUESTED TO PAY SCHOOL FEES AS SOON AS POSSIBLE.